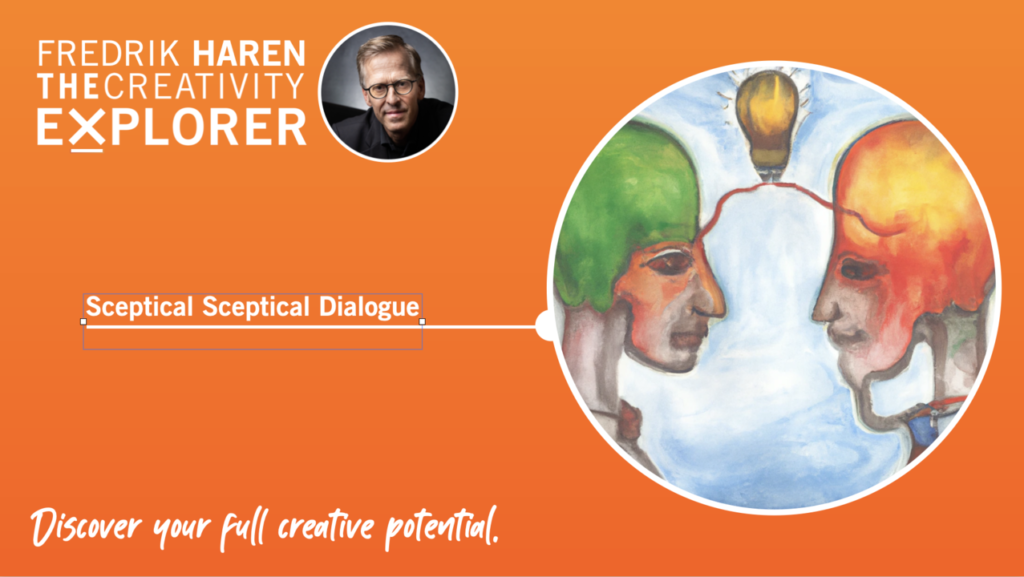 “Often, when I have an idea, I get this little voice in my head that tells me all the reasons for why it’s a bad idea. How do I get rid of that voice?”

That was the question I got in today’s coaching session. I think this is a common problem and in this text, I will share what I think the solution is.

My coachee gave me an example of how she would have an idea (like, “I should ask my boss for more hours at work”), and then this sceptical voice in her head would start coming up with reasons for why that would be a bad idea.

After listening to her sceptical voice she would abandon her idea, and then feel bad about it.

“I overthink things!”, she told me.

I replied: “I think you underthink things.”

Then I asked her what would happen if she used the sceptical approach also on the arguments she got from the “sceptical voice”.

So, the next time you feel that the negative, sceptical voice in your head is killing your ideas, use sceptical questioning to question that negative voice. Create a “sceptical sceptical dialogue”.

Doing that will give the good ideas a much better chance of surviving.

ps. Thank you for reading my newsletter. I am now also sharing these posts as articles on LinkedIn where you can subscribe to them too. (There I post a bit more often than here as I do not want to overload your inbox)

Would love to connect with you there.